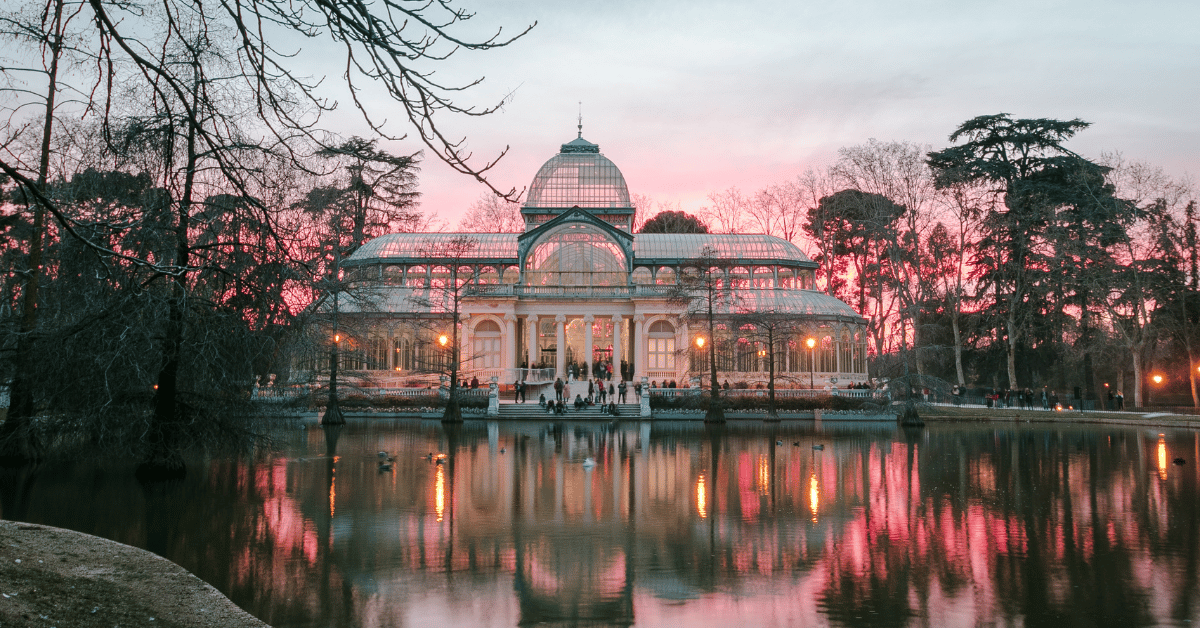 Madrid is the capital and the most populated city in Spain with 3.4 million residents. Situated in the middle of the Iberian Peninsula alongside the River Manzanares, Madrid is a popular tourist destination as well as a hub for business, culture, arts, and fashion. In fact, it is considered to be the major financial center in Southern Europe.

The city has a Mediterranean climate with hot summers and mild winters, making it a popular place for outdoor activities with more than 40 parks within its borders. The most popular is Retiro Park, with features like the lake with rowboats and the Crystal Palace.

Flying into Madrid? Get started on your adventure right away! Drop your luggage off at a Madrid luggage storage site and try a few excursions while you wait to check into your hotel.

The Golden Triangle of Art

The Prado, Reina Sofia Museum and the Thyssen-Bornemisza Museum are three art museums in a small area where you can visit all three on foot in one day. The Prado holds some of the most famous paintings in the world such as The Dog by Goya from 1823, Artemisia by Rembrandt from 1634, and The Holy Trinity by El Greco from 1579.

The Reina Sofia Museum has mostly Spanish art including pieces by Dali, Picasso, and Juan Gris. Other artists include Paul Klee, Rene Magritte, and Mark Rothko. The final museum in the triangle, Thyssen-Bornemisza, also holds artworks done by the Old Masters. Some of these are Monet, Titian, Rubens, and Goya as well as Pollock, Chagall, and van Gogh.

Also known as the Royal Botanical Garden, this stunning park is right next to the Prado Museum. With eight acres to explore, you can enjoy a variety of flora here. It was founded by King Ferdinand the sixth in 1755 along the Manzanares River with about 2,000 plants that were collected by botanist Jose Quer y Martinez.

King Charles the third moved the garden to Paseo del Prado in 1774 where it is today. The garden has grown from the original 2,000 to 90,000 plants and over 1,500 trees in three different sections. The Terraza de los Cuadros is a group of ornamental plants, the Terraza de las Esculas features groups of plants in phylogenetic order with 12 fountains, and the Terraza del Plano de la Flor has a large collection of shrubs and trees.

Submitted by Or from My Path in the World

Whether you’re a European football fan or not, you have to include the Santiago Bernabéu Stadium, the home stadium of the internationally-beloved Real Madrid, on your Madrid itinerary. Real Madrid is such a successful and iconic team that its stadium is not just a tourist attraction – it is no less than a landmark.

This is the second-largest stadium in Spain (with over 80,000 seats), named after Santiago Bernabéu, a former Real Madrid football player and president, considered one of the most important figures in the team’s history.

To have the best experience here, opt for attending a game and taking a tour of the stadium. Because of its size and loyal fans, the energy here during games is electrifying, and you’ll leave full of adrenaline. The tour, on the other hand, provides a wonderful opportunity to get to know the history of the stadium and Real Madrid, take a closer look at the countless cups the team has won, get access to exclusive areas, and so much more. 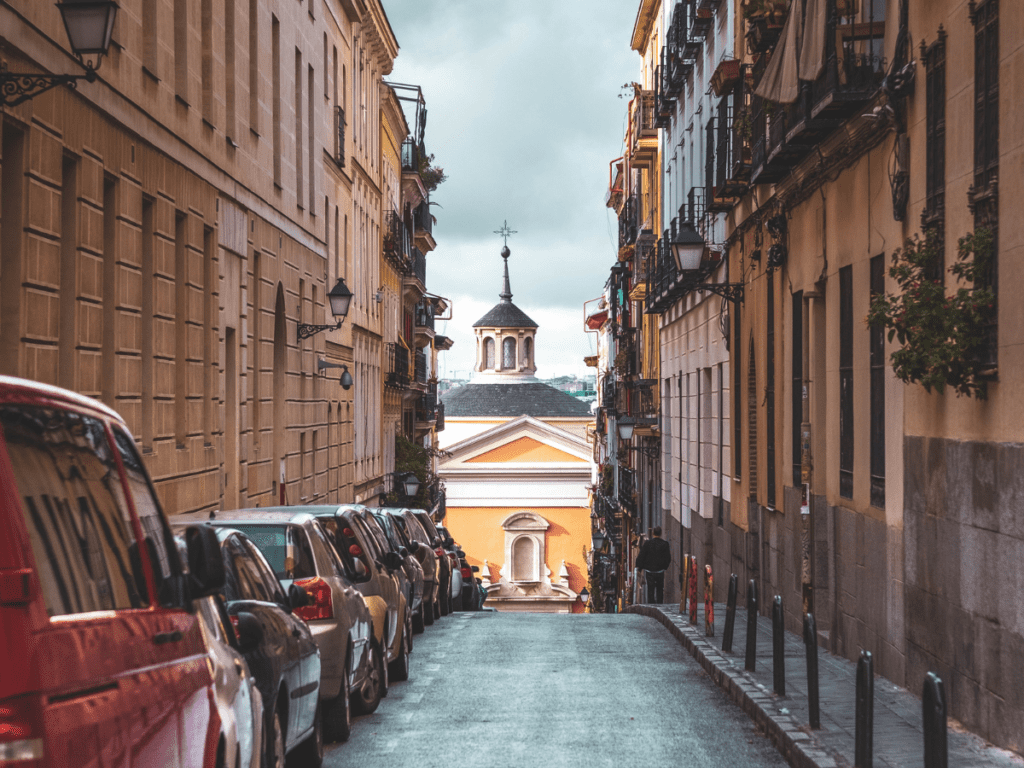 This 350-acre park on the eastern edge of the city center is full of things to do no matter what you are into. There is a large pond right next to the King Alfonso monument by the northern entrance where you can rent a boat. There is also a pond where you can visit the Casita del Pescador, a quaint little building you can get to by walkway.

Another popular feature of the park is the Palacio de Cristal – or, Glass Palace, in English – which is in the center of the park. It was constructed by Ricardo Velazquez in 1887 as a greenhouse but today it is an art exhibition. Velazquez Palace is just across the way, and it also holds some incredible temporary art exhibitions. Other features of the park include a public library, sports center, and several walking trails. You can even rent a bike.

In downtown Madrid, the Royal Palace was constructed from 1738 until 1755 and has over 3,400 rooms featuring antiques, artworks, and artifacts. No longer home to royalty, it is open to the public with a section of selected rooms that change every three months.

Art connoisseurs like to visit just to see the stunning paintings that adorn the walls. You can see works by famous artists such as Goya, Velazquez, Caravaggio, and de Flandes. Some of the most popular rooms to visit at the Royal Palace are the Royal Library, the Armory, and King Charles III Apartments. The Royal Staircase is also an awesome sight to see.

Known as the main square, Plaza Mayor is a vibrant and bustling space surrounded by restaurants, pubs, and boutiques as well as historic monuments. Right in the center, you will see a spectacular statue of King Phillip the Third. Another famous part of the plaza is the Cuchilleros Arch, a statuesque arch built in the 1500s and named after the town’s knifemakers who worked in the area.

Maybe the most significant building in the square is the Casa de la Panaderia (Bakery House). It was built by Juan Gomes de Mora in 1619 and you can still see the ground floor and cellar. Over the years, it has been a bakery, royal chambers, an art gallery, and a history museum. 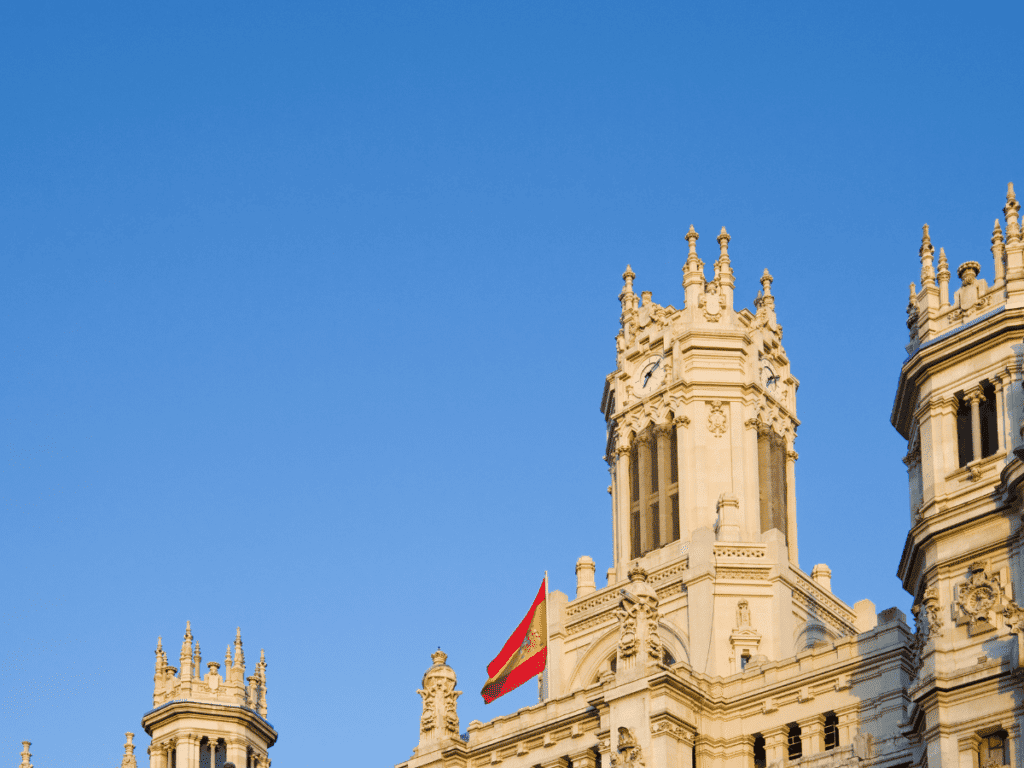 Submitted by De Wet of Museum of Wander

The Círculo de Bellas Artes is one of Madrid’s iconic buildings and top sights. It houses thousands of artworks and historical documents and is declared a national historic-artistic monument.

But the real reason you should include the Circulo de Bellas Artes is for its fantastic rooftop-the best in the city. You’ll get a sweeping view in all directions over the city from the seventh floor. The most iconic view is over toward Gran Via and the Metropolis Building, and it’s stunning. In the other direction, you can gaze over Alcalá street with the La Plaza Cibeles.

Besides fantastic views, the rooftop features a trendy bar where you can get something cold and bubbly to go with that view. One might think this bar will break the bank, but the drinks are affordable. The best time to come is before sunset, perfect for ending your walking tour of Madrid. It is open from 09:00 to 10:30 pm daily, with an entrance fee of € 5.

Submitted by Yesenia and Sierra, from The Sisters Who Voyage

Puerta del Sol is commonly referred to as the center of Madrid, and this can be easily seen from the bustling streets and consistent traffic of locals and tourists throughout the day. Puerta del Sol earned its famous name for being a gate that once stood 100 hundred years ago as it stood out beautifully as the sun rose in the east.

While the entrance is no longer standing today, this centrally located gem is still a must-see while visiting Madrid during the New Year because of the annual grand celebration. At this New Year celebration, the famous clock which towers over the plaza square rings its bells to signal the beginning of a New Year. One cool note; the Spanish typically eat grapes for each bell ring to honor the tradition of a New Year.

Another reason you’ll also want to make sure you stop at the heart of Madrid is to snap a photo near the original kM zero stone that marks the beginning of some national roads throughout the country. All in all, Puerta del Sol is a must-see stop while you are visiting Madrid so make sure to plan some time for this popular tourist location. 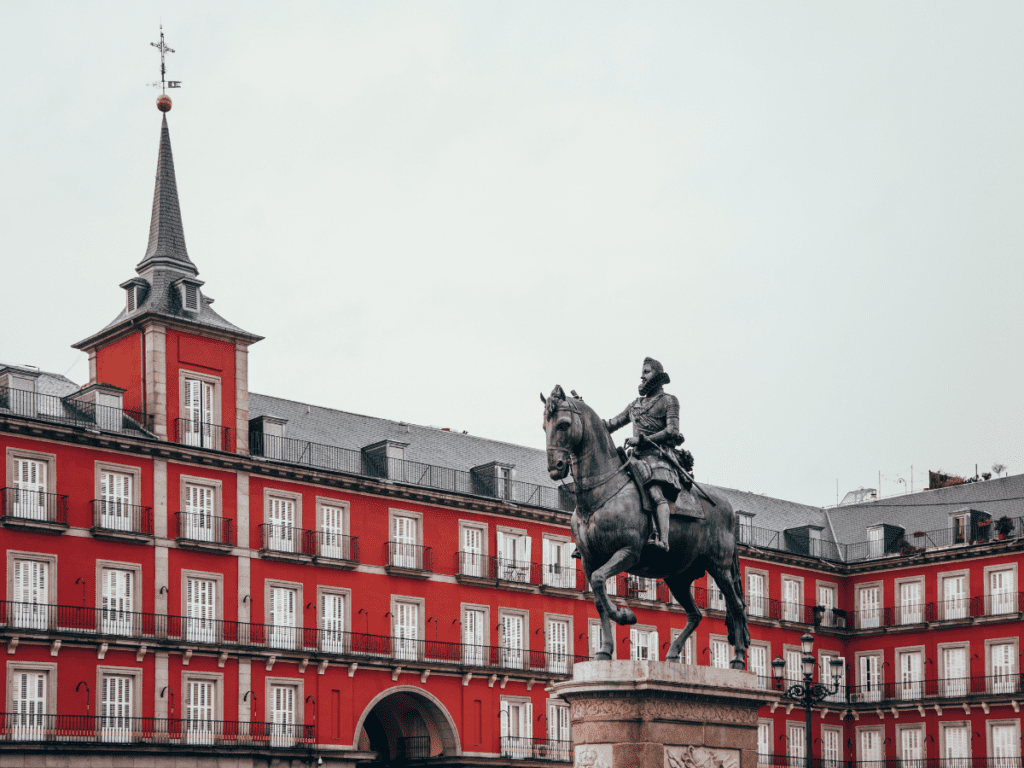 Right next to Plaza Mayor you will find the Mercado de San Miguel, or Saint Michael Market. Constructed in 1916, this covered market is the perfect way to spend the day shopping, eating, and talking to the locals. This is not your normal market though. This is a gourmet tapas market that has more than 30 vendors selling delicious food, beer, wine, and even champagne.

You can enjoy some wine and cheese at the Mozzarella Bar, get some tasty ice cream by Chef Jordi Roca, who has three Michelin stars or try some delicious rice dishes at Paella by Rodrigo De La Calle. If you are looking for seafood, visit Martin Tenazas Lobster House or Crab Crab Crab. For a nice juicy burger or steak, go to Prrimital or Carrasco Ibericos Mas Gourmets.

If you have never been to an ancient temple, Madrid has one that you should definitely not miss. The Temple of Debod is an ancient Egyptian temple that was taken down from its original space in Aswan, Nubia, and rebuilt in the center of the city of Madrid. Its first construction was in 200 BC to honor the goddess, Isis.

The temple was given to Madrid in 1968 for its help in preserving their Abu Simbel temples in 1960. It is one of very few Egyptian architectures seen out of Egypt and is the only one in Spain. You can visit the Temple of Debod at Montana Park next to the Plaza de Espana, or Spain Square.

These are just a few of the many attractions in Madrid. Another great place to visit is the Puerta del Sol, which means gateway of the sun. The famous square is popular for its shops, cafés, and laid-back atmosphere. Another one not to miss is Cybele’s Fountain built in 1782 at Cybele’s Palace. You can also see a lot of great artifacts at the National Archaeological Museum or see a game at Bernabeu Stadium.

Where to Stay in Barcelona: Best Barcelona Neighborhoods Accommodations

10 Awesome Things to Do in Ibiza

This website contains affiliate links, which means that if you click on a product link, I may receive a commission at no cost to you. As an Amazon Associate, I earn from qualifying purchases. For more information, see our disclosure policy.