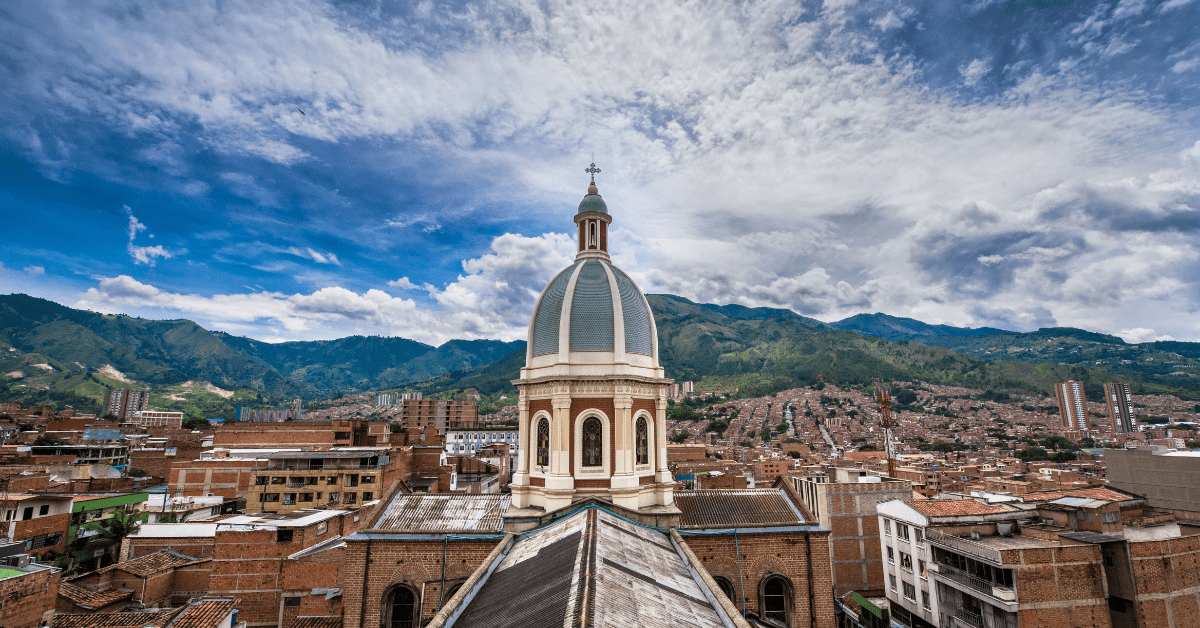 When you visit Colombia or any other country in the world, your first concern will be your safety as a traveler. Especially with Colombia’s dark history, you may have some questions about the safety of travel in Colombia – and specifically in Medellin.

As you travel to Colombia, you’ll certainly want to visit Medellin, one of the best places to travel in this South American country. It is the second-largest city in Colombia, known as home to Pablo Escobar and the Medellin cartel. However, Medellin is now at the cutting edge of development and growth in Latin America, a laudable change worth celebrating – and experiencing as a traveler.

In this ultimate guide to Medellin Colombia safety, we’re sharing the areas to avoid and safe neighborhoods to stay in, plus important travel safety tips that will ensure your well-being while in the Colombian city. 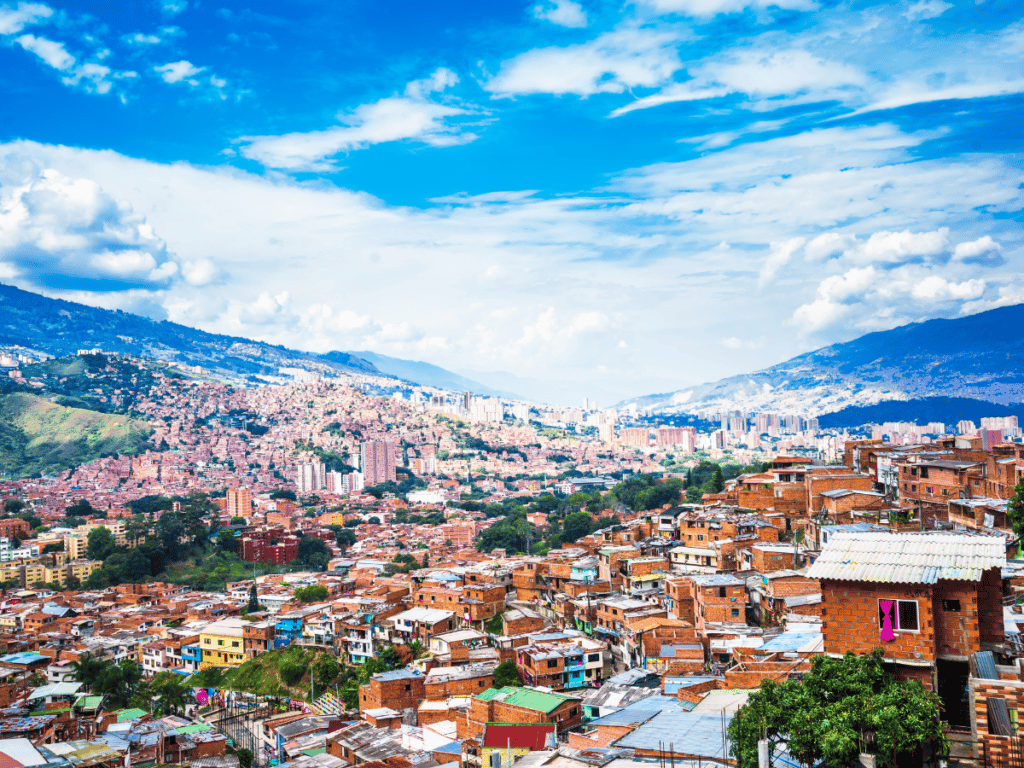 Medellin, the City of Eternal Springs, is one of Colombia’s most important cities. Located in the Aburrá Valley in the Andes Mountains of northern Colombia, the city has wonderful weather all year round. The average temperature in Medellin stays around 70°F / 21°C, making it perfect for visiting any time of the year.

The city is also famous for its significance in the coffee industry and for its progressive fashion industry. Its vibrant nightlife, lively music, soulful art, and delicious street food make it one of the most attractive tourist destinations in Colombia.

Medellin is now a major backpacking destination in South America, as well as one of Latin America’s best digital nomad cities. It’s a must-visit spot you won’t want to leave off your itinerary.

Medellin was once regarded as a notoriously dangerous area scarred by destruction from years of civil war, increasing crime rates, and drug mafias. It was once known as the most dangerous city in the world.

However, the reign of Pablo Escobar is long over, and the government has achieved major headway in combating crime in the city and making it one of the safest and most progressive cities, winning countless international awards for development and urban design. The city was nominated as one of the 200 Most Innovative Cities in 2012.

While the city isn’t crime free – including incidents of petty theft and drug trafficking cases – most of the city is now safe, with police heavily patrolling most of the tourist-centric areas.

So, if you want to visit Medellin, you can plan a trip without major safety concerns. A few precautions are always important, and we have highlighted a few in the sections below, including a list of some of the safer neighborhoods of Medellin.

What Are the Safest Neighborhoods in Medellin, Colombia?

Personal safety is of utmost concern, especially when you travel internationally. Although the Medellin of today is significantly safer than how it was in the 80s and 90s, it is best to ensure you choose the safest areas in the city, especially when choosing where to stay in Medellin.

Having said that, we have lined up the safest areas in Medellin, Colombia. Generally speaking, the areas in the south of the city are comparatively safer than the neighborhoods in the northern region and the city center.

From a tourism point of view, the central region, La Candelaria, offers the most attractions. However, while it is considerably safe during the day, it can be dangerous at night, so you need to practice caution.

Similarly, Plaza Mayor and Aranjuez areas are great for touring during the daytime, but you are advised to avoid roaming around in these areas alone at night.

Keep reading for some of the best areas of Medellin, the safest neighborhoods to stay in and explore day or night.

El Poblado is located south of La Candelaria, about 5 km from the city center. You may have heard of El Poblado as the famous party district of Medellin. This wealthy neighborhood is considered one of the safest neighborhoods day and night.

While the peripheral regions feature upscale residential buildings and areas, the central region of El Poblado is popular for its vibrant nightlife and is strictly patrolled by the police, particularly on the weekends. The area also has some great hotels and hostels which you can consider as you plan where to stay in Medellin.

El Poblado is home to Parque Lleras, an area famed for its nightlife with dozens of nightclubs, bars, and restaurants. You may also find many restaurants and boutiques along Calle 10 and the nearby streets.

The Ciudad del Rio section of El Poblado, at the north end of the neighborhood, is home to the Medellin Modern Art Museum and Mercado del Rio, which feature various trendy cafes and restaurants.

The central region of Laureles may be far from the metro, making the commute difficult, but it is a  lively area with great cafes, nice restaurants, and hotels with affordable menus. It features numerous accommodation options, as well.

The northeast side of Laureles is generally a residential area but features the Estadio sports complex and the Cerro Volador Park. However, the area is not as happening as other parts of Laureles and can get dangerous at night, so one must be wary. The La 70, another neighborhood within Laureles, is closer to the metro and the soccer stadium, the Atanasio Girardot. 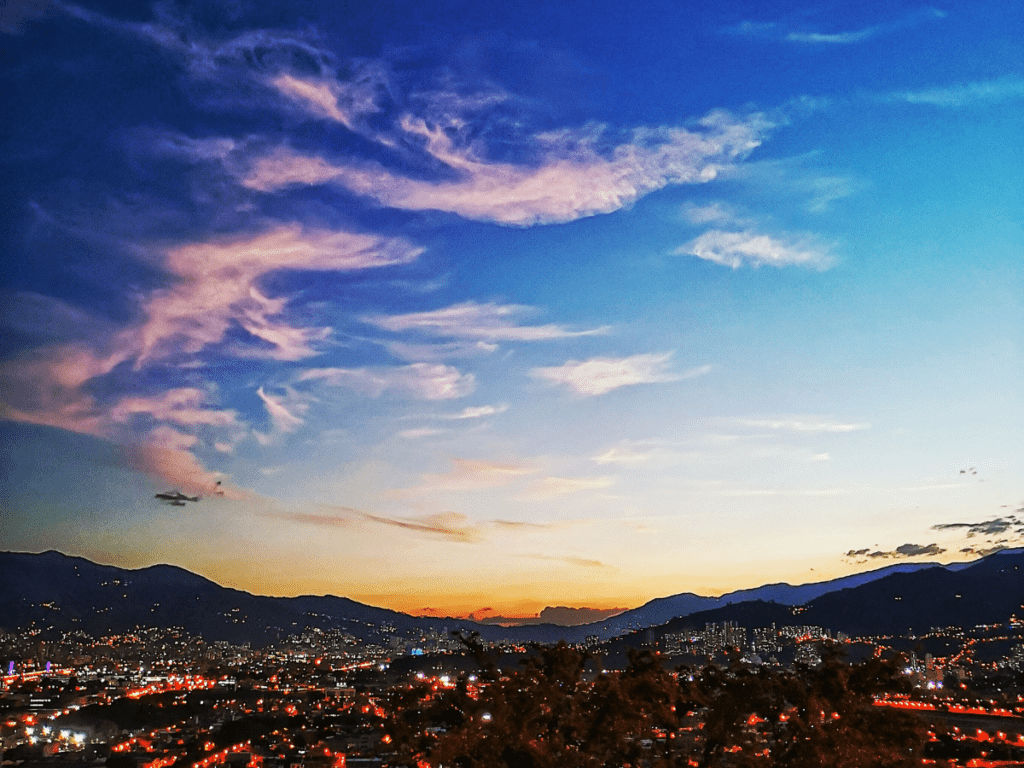 Envigado is an independent township south of El Poblado and on the east side of the Medellin River. Like El Poblado, some neighborhoods of Envigado feature upscale residential complexes, numerous shopping centers, and fine dining options.

One popular neighborhood within Envigado is El Dorado. The area gives a homely feel with small houses on narrow streets. The neighborhood also features many small bars, shops, minimarts, and small businesses. The metro is also nearby as the area offers an A-line connection to the rest of the city.

As a hotspot for backpackers and digital nomads, many of whom travel solo, you may be interested in visiting Medellin on your own, but concerned about safety. Solo traveling has its perks, as you enjoy the freedom to follow your schedule and explore at your whim, but there are some challenges. As a solo traveler, you are solely responsible for your safety and well-being, and it is important to ensure that the place you are traveling to is safe for solo traveling.

The good news is that Medellin is very safe for solo traveling, even if you are a female traveler. As a female solo traveler, I lived in Medellin for about six weeks and felt quite safe, even in areas of the city that aren’t frequented by tourists.

There are incidents of petty crimes, harassment, and catcalling against female travelers. However, these minor crimes are few and far between, and because of the growing student population, the frequency of harassment issues has reduced significantly.

If you are traveling solo in Medellin, here are some tips to consider. 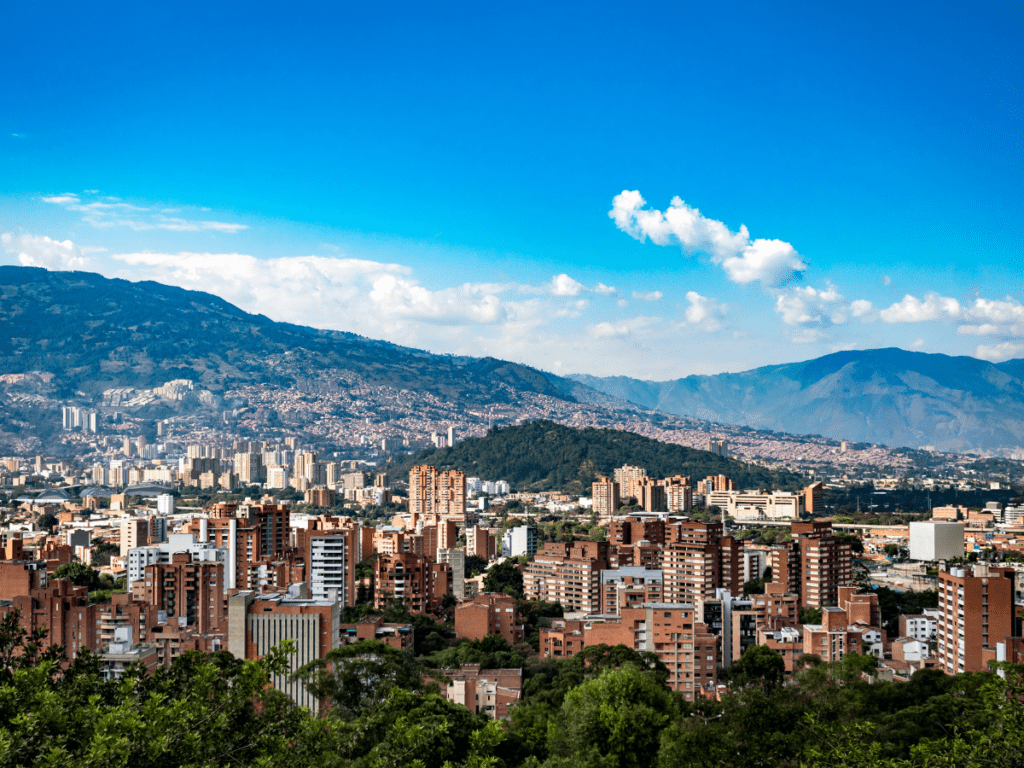 Whether you are a seasoned traveler or traveling for the first time, you must consider a few safety tips to ensure your well-being and safety while traveling. These are some of the most important, fail-safe ways to stay safe while traveling.

Medellin is one of the safest places in Colombia and South America today, even for solo or female travelers, despite its dark history.  With some basic safety precautions – the same you should use whenever you travel! – you’ll have an uneventfully safe trip to the City of Eternal Spring. Travel safe and enjoy your stay in Medellin!

This article was originally posted on Spark Nomad.

Marjolein is the founder of Radical FIRE and Spark Nomad. She has a finance and economics background with a master’s in Finance. Radical FIRE is a personal finance blog that helps you live your dream life through making more money and investing, while Spark Nomad shares all about travel.

15 Best Things To Do In Cartagena Colombia

What to Pack for Ciudad Perdida: Ultimate Guide