With no introduction needed, it’s time to start preparing for one of the most iconic motorcycle events of the year: the Sturgis Motorcycle Rally! This annual gathering of motorcycle enthusiasts is an experience like no other, with associated concerts and pub crawls to bike shows and beard contests.

Whether you’re riding across state lines, having your bike shipped, or hauling it yourself, having a game plan for when you arrive will help you get the most out of your motorcycle trip.

And while the rally is enough to keep you busy, carving out a day or two for local attractions and day trips can be an excellent addition to your trip. Below you’ll find some of the most popular things to do in Sturgis, South Dakota, along with scenic road trip ideas to get you started. 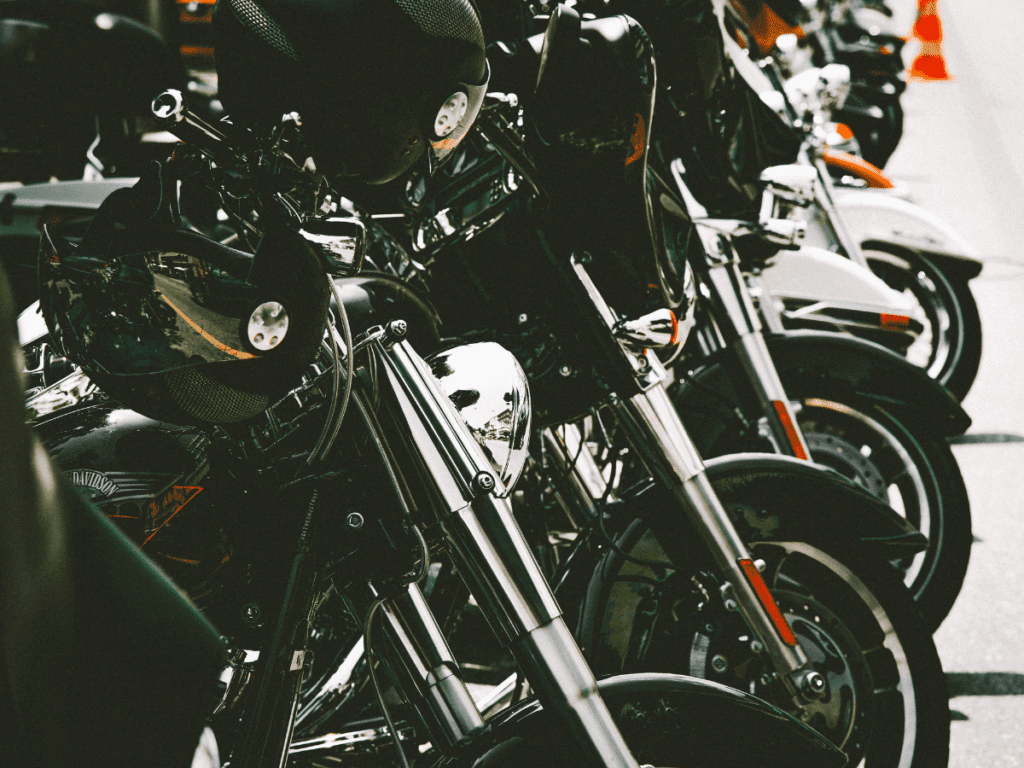 Things to Do in Sturgis, South Dakota

Whether you’re coming in from the east coast, taking a trip from the beaches of the south, or heading in from out west, you’ll want to check out some of the stunning attractions the midwest has to offer.

The Sturgis Motorcycle Museum and Hall of Fame is a non-profit dedicated to “preserving the history of motorcycling in an educational way that appeals to multiple generations,” as its website states. The museum has interactive exhibits and an extensive collection of motorcycles and antiques dating back to around 1907.

The Full Throttle Saloon is self-proclaimed as the World’s Largest Biker Bar. The saloon hosts events throughout the year and is popular amongst Sturgis Motorcycle Rally attendees.

The three acres of land comprise the property, and it has a 26,000-square-foot building on it. In addition to a lively bar, the property has a campground with cabins that allow RVs and tents, a great place to stay during the rally.

If you are a fan of visiting local wineries and trying new wines, you’ll want to visit the Belle Joli Winery Sparkling House.

Taking full advantage of the soil of the Black Hills, the winery takes pride in growing, harvesting, and bottling western South Dakota wine. The winery is owned and operated by a local winemaker and his wife, who is a certified Sommelier.

Initially owned by a Swedish aerospace and defense company, General Motors acquired Saab in 2000. The Saab Heritage Car Museum showcases 100 cars from the General Motors Heritage Collection, including vintage Saabs. The car collection on display spans 1950 to 2011 and aims to preserve the history of the Saab.

The Fort Meade Recreation Area is a former U.S. Army post of 6,700 acres of forests and grasslands. The grounds include the Fort Meade Cavalry Post, the Old Fort Meade Museum, Fort Meade Post Cemetery, and the Centennial Trail.

There are two areas where camping is allowed:

There are also picnic areas and restroom facilities at the Fort Mead Reservoir. Here, you can go hiking, biking, fishing, wildlife viewing, and more.

In 1981, the city of Sturgis attempted to abolish the Sturgis Motorcycle Rally but failed. Still, the mayor did not want the event-goers partying in the City Park. Thus, the Buffalo Chip was born, giving cyclists a place to gather and camp.

Bear Butte State Park consists of a geological rock formation known as Bear Mountain. It has three trails for you to enjoy: Summit Trail, Lake Trail, and Centennial Trail. You can go hiking, biking, horseback riding, boating, and fishing.

A sacred land to many Native Americans, it is not uncommon to see them practicing religious ceremonies there. The park asks that you please be respectful and do not photograph them. You may also see prayer cloths and tobacco ties hanging from trees at the park.

If you’re looking for a little bit of the Old West or Wild Wild West history, Deadwood, SD, should be on your list of places to visit. The discovery of gold in the southern Black Hills in 1874 attracted miners to the area. Because the gulch where most people set up camp was filled with dead trees, the name “Deadwood” was born.

The town was known for its rowdiness and lawlessness and has been featured in movies and an HBO series. Take a stroll down Historic Main Street, where you’ll find reenactments, comedy shows, concerts, and an active nightlife.

There’s a lot to do and learn in Deadwood! If you have time during your Sturgis Motorcycle Rally trip, visiting Deadwood is a must.

Before we jump in, let’s talk about a few helpful road trip planning apps. Check out the Roadtrippers app for route planning, which will help you add stops along your drive.

The GyPSy Guide app is a personal tour guide that you can listen to on your road trip. You’ll learn about the area you are passing through and will be alerted to popular stops along the way. Finally, if you plan to go on a hike, the AllTrails app will help you along your trek.

You’ll take a gorgeous ride on winding roads through the southern Black Hills of South Dakota, passing through small cities and unincorporated towns. About halfway through, make a pitstop in Rapid City and check out the city’s art project; 44 bronze life-size presidential statutes are scattered throughout downtown.

Once you’ve reached the national memorial in Keystone, SD, there are many options for things to do. Start your visit at the Information Center for info on the grounds. You can visit the sculptor’s studio, hike the presidential trail, or watch the evening illumination of the monument.

From Sturgis, the Crazy Horse Memorial is 67 miles through the southern Black Hills and takes around an hour and a half to reach by car. If you’re looking to visit the memorial after exploring Mount Rushmore, it’s an additional 18-mile drive that will take you around 40 minutes.

Construction of Crazy Horse Memorial began in 1948 and has yet to be completed. However, the monument is open to visitors. The memorial displays Crazy Horse, an Oglala Lakota warrior, on a horse pointing towards the direction of his tribal lands. When completed, the Crazy Horse Memorial will be the second tallest statue in the world according to the original design.

Of course, you’ll want to stop by the welcome center to learn more about the statue and things to do there. You can visit the Indian Museum of North America, the mountain carving gallery, and even take a face-to-face tour of the statue.

Badlands National Park is around 108 miles and an hour and forty minutes southeast of Sturgis. The park has a few different entrances. The first leg of your ride will be similar to that of the Mount Rushmore and Crazy Horse Memorials, but you’ll head east once you hit Rapid City, SD.

The Ben Reifel Visitor Center will help you find things to do at the park. You can check out what paleontologists are working on in the Fossil Preparation Lab, go camping, look for wildlife, go hiking, take a scenic drive, or watch a gorgeous sunset.

Devil’s Tower National Monument is northwest of Sturgis in Devil’s Tower, Wyoming. The ride is approximately 81 miles. Devil’s Tower is an hour and twenty minutes from Sturgis. You’ll pass through small cities and towns such as Whitewood, Spearfish, Beulah, and Sundance.

The monument is a massive rock formation in the middle of the northern Black Hills. It is considered sacred to Native America indigenous groups. The Devil’s Tower was deemed the first national monument of the U.S. in 1906.

The Devil’s Tower features several things to do, including five trails and different park areas. You can go hiking and rock climbing, watch for wildlife, go camping, and enjoy beautiful landscapes.

Needles Highway is approximately 59 miles southwest of Sturgis and takes about an hour and ten minutes to reach. It’s a 14-mile road that takes you through Custer State Park, around an additional 40-minute drive from Mount Rushmore. The park features curvy roads, scenic views of formations, mountains, beautiful forests, and a Sylvan Lake overlook.

Even if you’ve experienced the fabulous Las Vegas Bike Week or Daytona’s beautiful beaches, you’ll still want to put Sturgis, South Dakota, on your biker bucket list! The Sturgis Motorcycle Rally event and venue in the midwest is genuinely historic and one of a kind.

15 Exciting Things To Do in Arizona