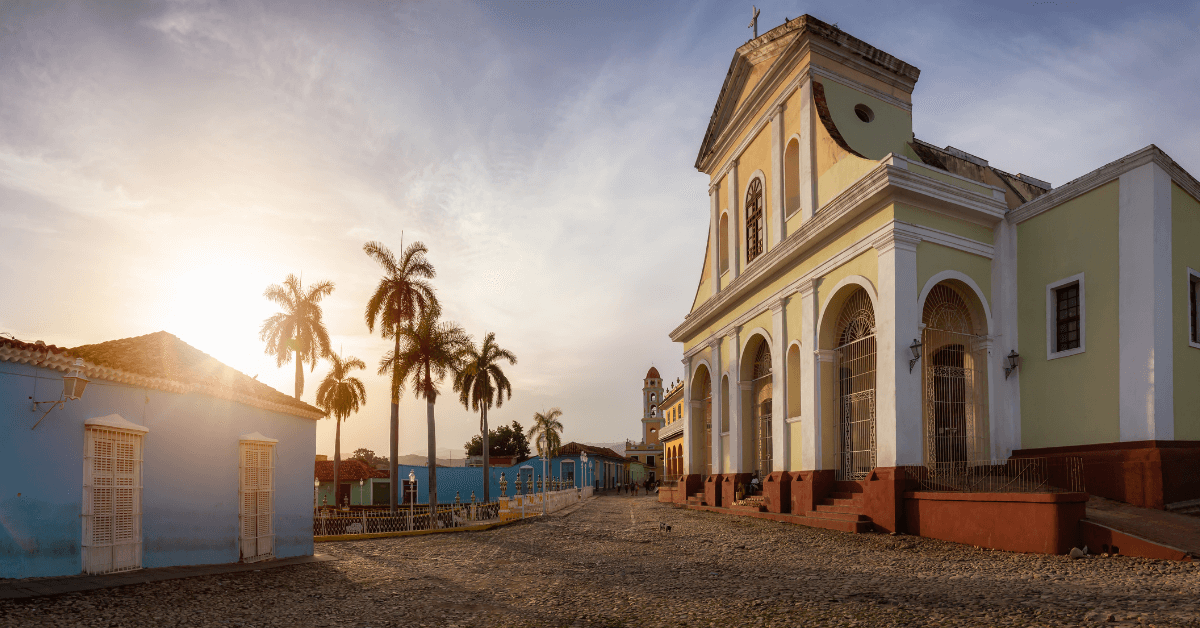 How to Get a Cuban Tourist Card

Thinking about traveling to Cuba? You’re probably wondering about the entry requirements for Cuba – and whether you need a Cuban tourist card or a Cuba tourist visa to visit.

But what is a tourist card for Cuba? All visitors to Cuba need a Cuban tourist card – sometimes called a Cuba travel card – in order to enter the country.

In this article, we’ll break down exactly what you’ll need to enter Cuba as a tourist, including the easiest and quickest ways to get your tourist card for Cuba – and why you shouldn’t expect to get a Cuba tourist card on arrival! 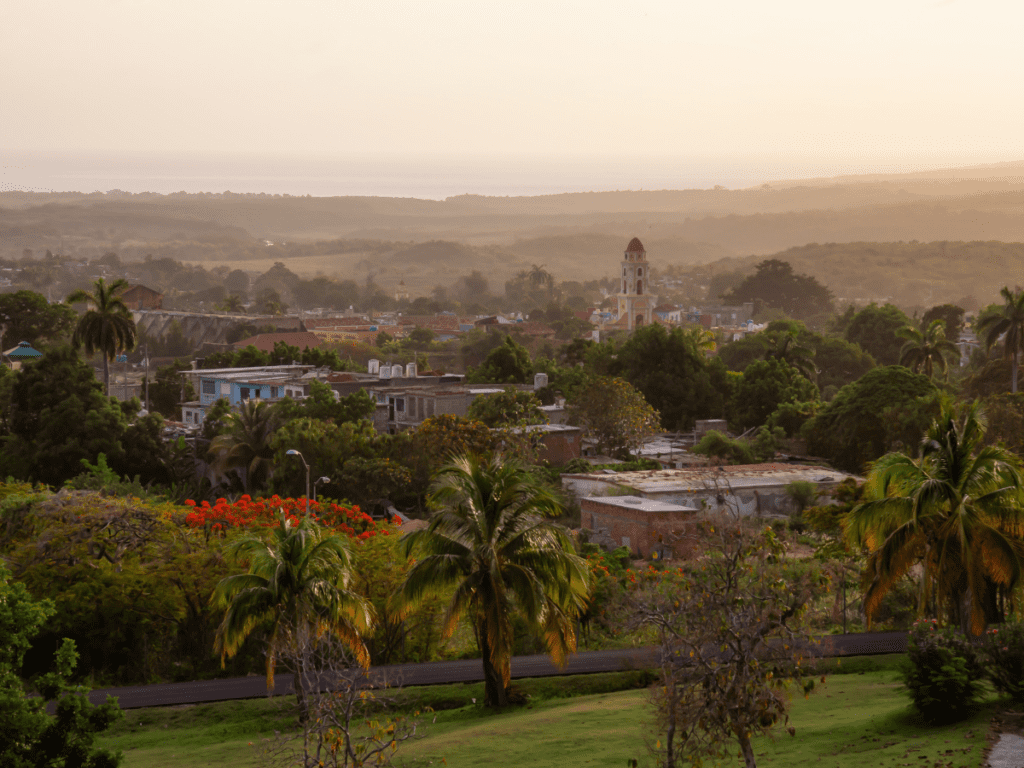 What is a Cuban Tourist Card?

While the cost of the Cuban tourist card can vary, the cost ranges from $20-100 USD depending on where you’re traveling from and how you obtain the tourist card. It is valid for the duration of your trip to Cuba.

Just as you might fill out forms at immigration when entering a country, the tourist card informs the government about who is coming and going from Cuba. When passing through immigration upon entering the country, they’ll keep half of the card for their records.

The other half of the Cuban tourist card should be saved for your exit from the country when you’ll hand it over to immigration before boarding your flight.

Many people also refer to the tourist card for Cuba as a tourist visa. While it does function similarly to a visa, you do not need to apply for the Cuban tourist card with the government or at the embassy before your visit, as you might with other tourist visas. 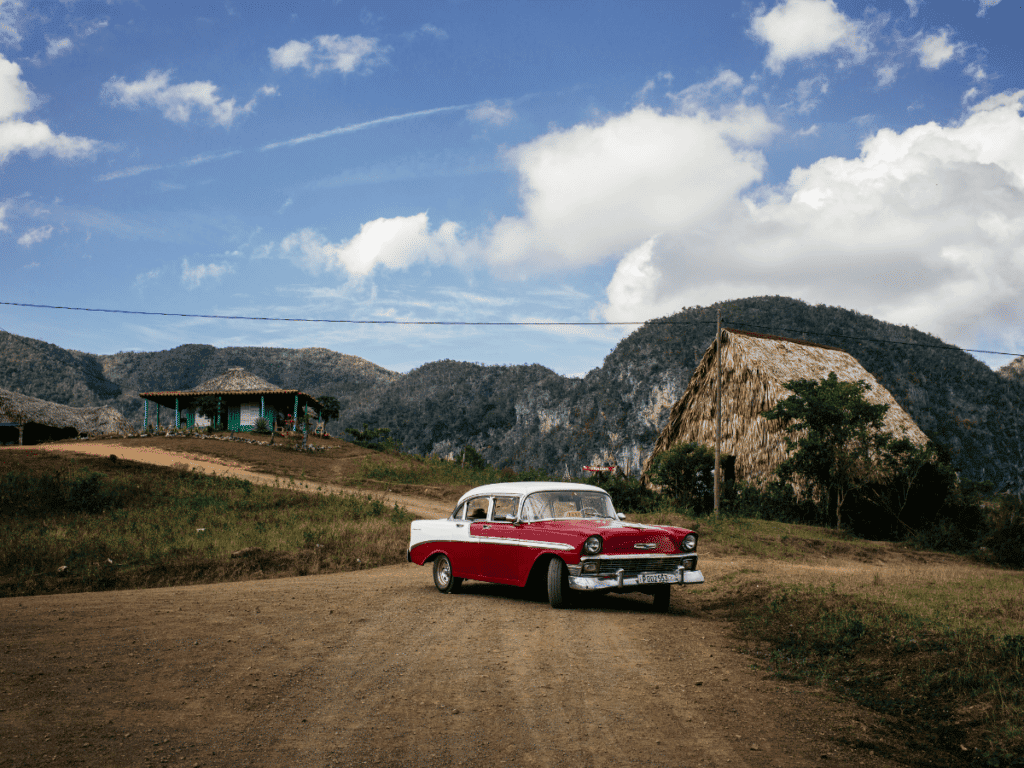 While you don’t need to apply for the Cuban tourist card at a Cuban embassy before your trip, you do need to get your hands on the tourist card Cuba requires of travelers before you land in the country.

There are a few common ways to obtain the tourist card needed for travel to Cuba, including the possibility to buy a Cuban tourist card online or get a tourist card from your airline.

Jump ahead in this article to read more about these ways to get a Cuban travel card:

While getting a tourist card from your Cuban embassy is a possibility, this is probably the slowest and most challenging way to get your Cuban tourist card before your trip.

Do I Need a Tourist Card for Cuba?

Almost all travelers to Cuba – except Cuban citizens – need to have a Cuban tourist card in order to enter the country.

Airline workers will check passengers as they board their flight to Cuba, and those traveling without a Cuban passport will be required to show their tourist card before boarding.

Unless you’ve had to apply for a visa prior to departure for Cuba (like a special journalism visa, business visa, etc. requiring application and approval at an embassy ahead of time), you’ll need to show a tourist card.

How Long does a Cuban Tourist Card Last?

Once you arrive in Cuba, there are options to extend your tourist stay if you’d like to stay in Cuba even longer. This will require adjusting your status at a local immigration office – not a challenging process, though it may require waiting in some lines. 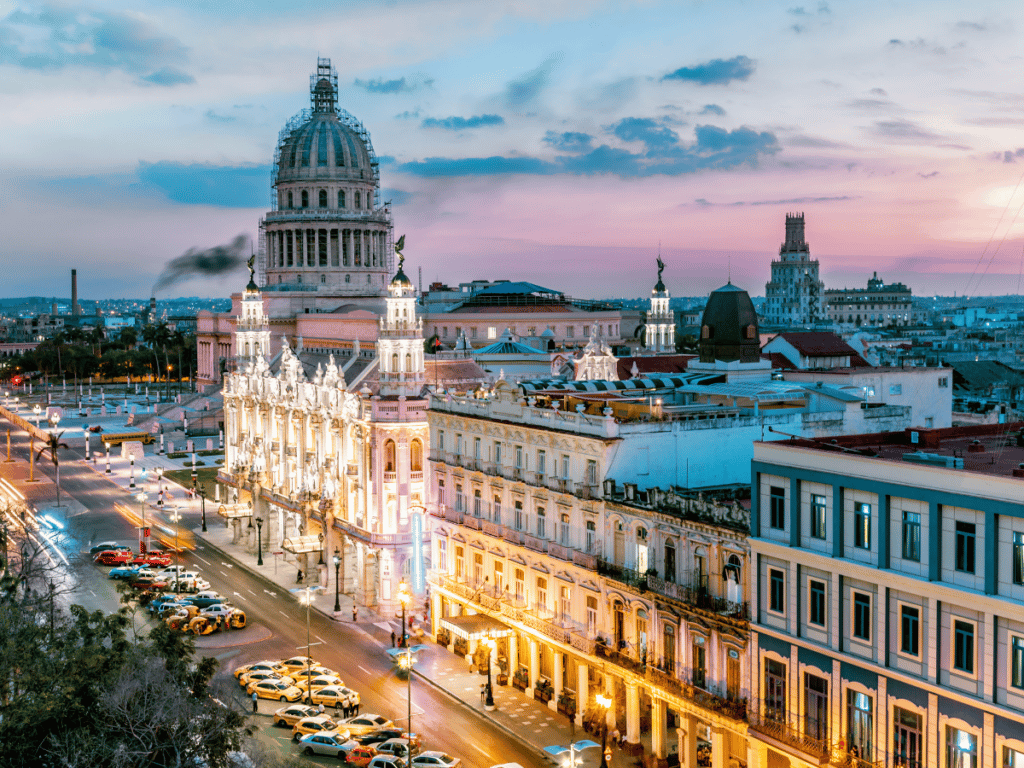 Do I Need a Visa to Cuba?

If you plan to visit Cuba as a tourist, you won’t need to apply for a tourist visa from a Cuban embassy in advance of your trip unless you’re coming from a select few Asian or African countries.

Most travelers from the United States are able to visit Cuba through the “Support for the Cuban People” category of authorized travel by the United States. You’ll still need to obtain a Cuban tourist card before your trip!

Don’t think about traveling without a good VPN (Virtual Private Network) subscription. Using a VPN while connecting to the internet will keep your personal information safe from hackers while using shared wifi connections.

We’ve used NordVPN for years, and couldn’t recommend it more – its a must for safety online, at home or abroad.

How Much does a Cuban Tourist Card Cost?

One way to get your Cuban tourist card is by purchasing it from the airline you’ll use to enter the country. When purchasing a tourist card from an airline at the boarding gate, each airline sets the cost of the Cuba travel card.

Below you’ll find the cost of tourist cards from some major airlines that offer international flights to Cuba. 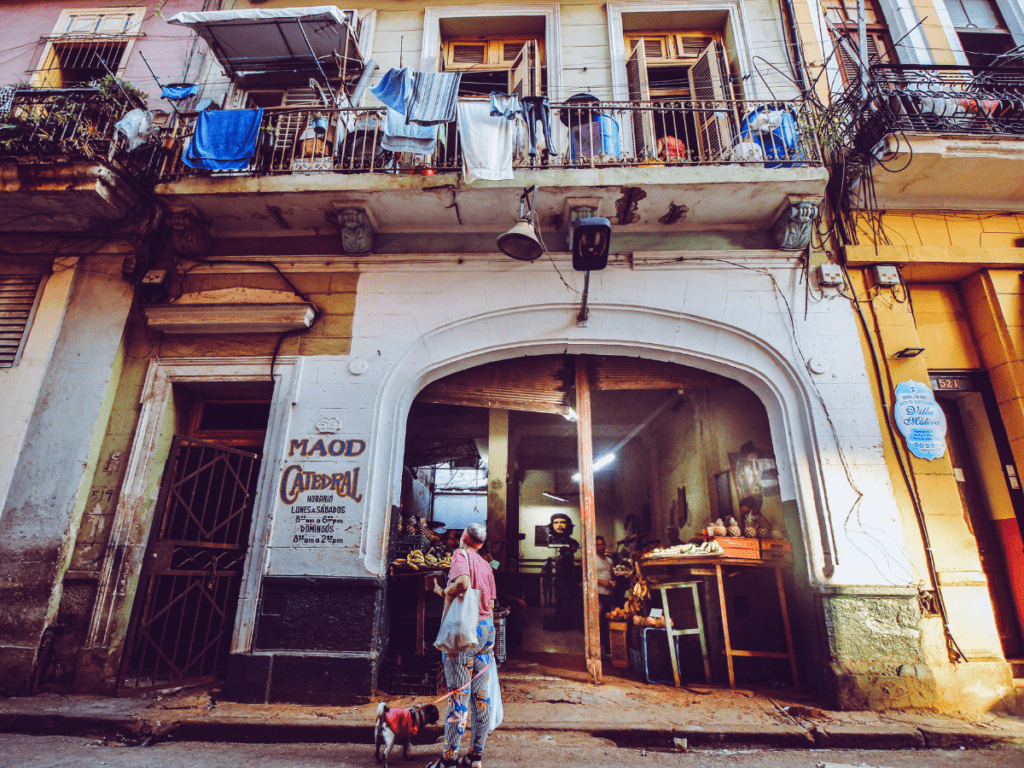 What to Bring to Cuba

Check out our Ultimate Cuba Packing List to help you pack for your trip – we’re sharing exactly what to bring to Cuba, and what we never travel without.

How to Get a Cuban Tourist Card

How do I get a Tourist Card for Cuba?

There are several ways to get a Cuban tourist card before you depart for Cuba. The cost and convenience of each way to get a tourist card are different. These are the most common ways to get the Cuba travel card you’ll need:

If you’re planning to get your tourist card for Cuba from an airline, it’s important to know about how your airline processes these tourist cards.

Some airlines issue tourist cards for Cuba automatically with tickets, but most charge an additional payment for them. Some are issued prior to your flight online, and some offer them for purchase at your gate. Jump ahead to the section in this article about how each airline processes these tourist cards.

Getting a Cuban tourist card from EasyTouristCard is definitely the most convenient way to secure your tourist card ahead of your flight to Cuba.

Once ordered, the tourist card arrives quickly to your house, freeing up your time before your flight to Cuba and making sure you have all you need before your trip. You also won’t have to navigate your airline’s policies and procedures for getting the tourist card, either. 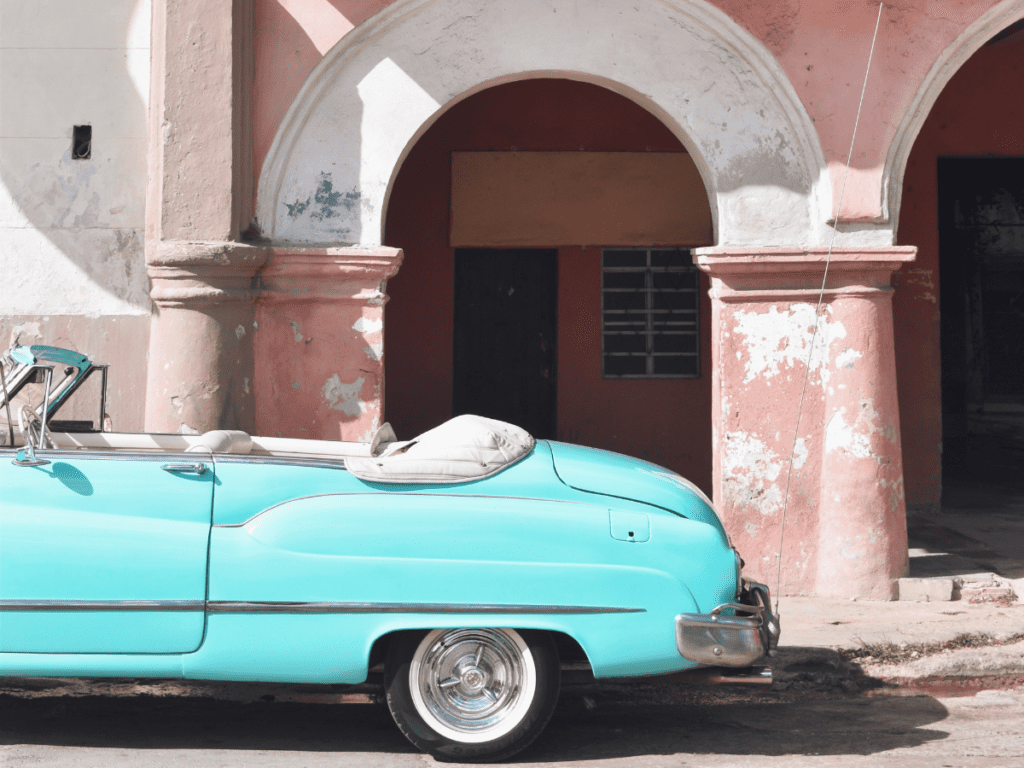 The tourist card from American Airlines costs $85 if purchased online, or $100 if purchased at the airport. Offered in the Miami, FL and Charlotte, NC airports for flights to Cuba, passengers can obtain tourist cards directly at the check-in gate or at kiosks in the airport.

The cost of the Copa Airlines tourist card generally costs $20, though the airline has been charging up to $30 for the tourist card at some of the airports where its flights depart for Cuba. Because Copa’s flights to Cuba are not through the United States, you’ll get a green tourist card rather than a pink one and end up saving on the cost.

The cost of the tourist card is included in your airline ticket price through Air Canada. Tourist cards are distributed to passengers in-flight along with customs and immigration forms for arrival in Cuba. No need to worry about getting a tourist card at the gate or beforehand!

Tourist cards can also be purchased through Cuban embassies around the world. The embassy in your country will have precise instructions on their website about the details of the process – the cost and process for this vary from country to country.

For those in other countries, you may have a totally different embassy experience. When we lived in Ecuador, we visited the Cuban consulate in Quito several times, and our interactions with them were straightforward.

Regardless of where you live, I recommend keeping it simple and either ordering your tourist card from the EasyTouristCard online service, or getting it through your airline! You’ll deal with much more bureaucracy and potential delays when working directly with the embassy or consulate.

While it is possible to purchase a Cuban tourist card on arrival in Cuba, it is not likely that you’ll need to – airlines simply will not let you board a flight to Cuba without a tourist card in hand. Don’t count on waiting until you’re in Cuba to make this purchase!

The easiest ways to get a Cuban tourist card are through the EasyTouristCard website ahead of time, or directly through your airline. 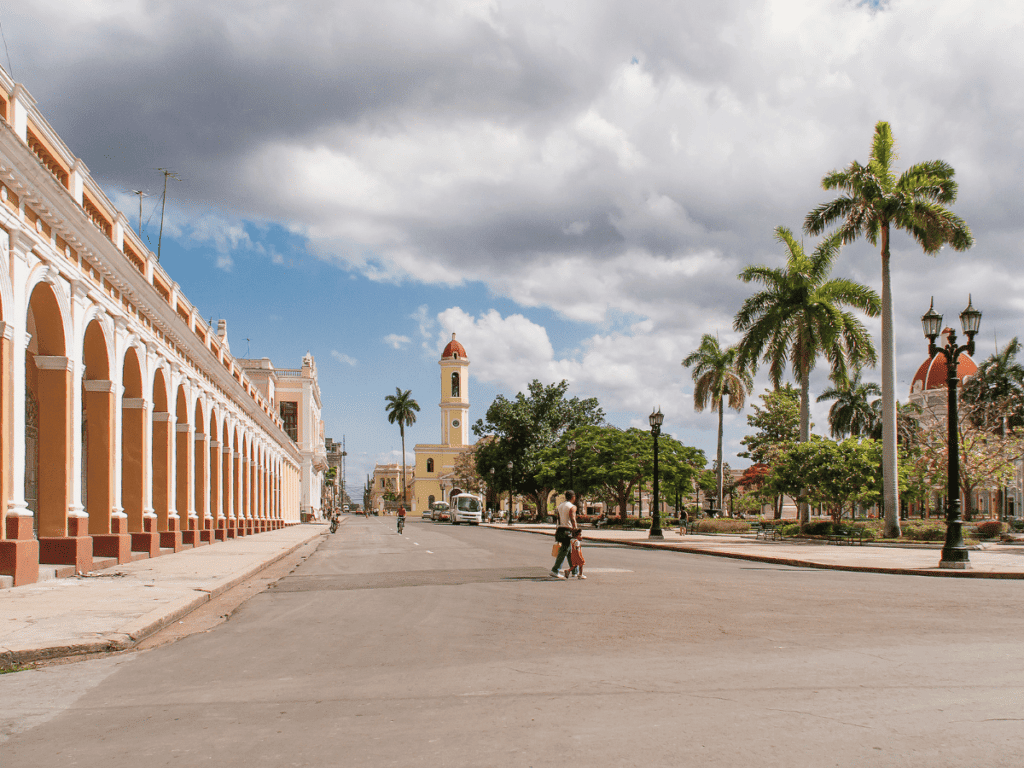 If you’re arranging your tourist card beforehand, however, this is an important distinction to keep in mind and specify. EasyTouristCard offers both the pink tourist card and green tourist card options online.

Pink tourist cards are for travelers visiting Cuba who are traveling on a flight departing from the United States (regardless of the nationality of the traveler). They generally cost anywhere from $50 to around $100 USD – check out the cost via some airlines listed above.

Green tourist cards are for travelers visiting Cuba on flights from countries other than the United States. The cost of these green tourist cards is lower, generally between $20 and $50, though it can vary from airline to airline.

Books to Read Before You Travel to Cuba

The Ultimate Guide to Trinidad Cuba